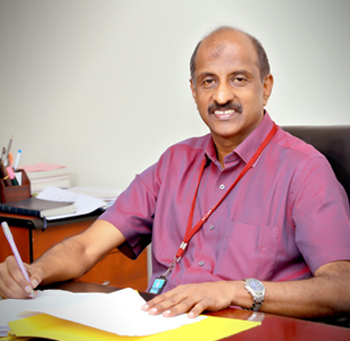 DR.J.BENNET ABRAHAM, MBBS, M.D, DA, MBA(HM), a medical professional and administrator with over 26 years of experience, completed his MBBS (1980-1985) and M.D in Anaesthesiology (1990-1994) in Christian Medical College, Vellore, which moulded him to be a Doctor, worthy of the profession. During the period at Vellore, he was the recipient of numerous awards for sports- athletics and basket ball and set seven college records in Athletics which have been unbeaten since 1984.

He joined the 6 bedded hospital on October 16th 1986 as Medical Officer and took charge as Medical Officer-in-Charge of the hospital by the end of the year. He took M.D in Anesthesiology from CMC Vellore and after his return to the hospital in 1994, he was posted as Medical Superintendent and Anesthesiologist. Under his leadership, permission was granted by the Government of India in 2002 to start a Medical College attached to Dr. Somervell Memorial C.S.I Mission Hospital. The activities of the Medical College started with imparting Bachelor of Medicine and Surgery (MBBS) in the year 2002 with the process of admission of 100 students which was later enhanced to an intake of 150 students in the year 2016-17. He played an important role in establishing Post Doctoral Degrees in the year 2012 and presently running with 11 Subjects. Under his guidance, Medical College students’ exhibit excellence in various academic and non academic activities.

C.S.I School of Nursing, a constituent unit of the Medical College established in the year 2000 followed by C.S.I College of Nursing and Paramedical Courses under his leadership and guidance.

He is the Director and Associate Professor (Department of Anaesthesiology) of Dr. Somervell Memorial C.S.I Medical College and Hospital, Karakonam.

Applications from eligible candidates are invited for admission to the various courses during 2019 –20, click for details 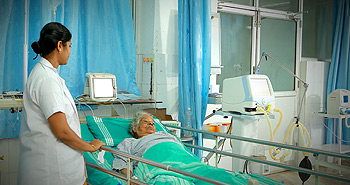